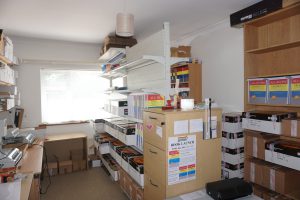 January-March 2012 saw the arrival of the second edition and its corresponding Answer Book. The second edition amalgamates the previously separate Reference Booklet and includes additional exercises for ‘Traditional’ as well as ‘Fractional’ values, to aid the understanding of Time Signatures (as well as other minor adjustments throughout the book).

The third most recent edition was published in July 2016 together with two new books called ‘All-In-One: Grades 1-3’ and ‘All-In-One Grades 4-5’ (The new books are based upon the third edition of All-In-One to grade 5 with extra exercises in areas where students need most practice). The third edition features further simplification throughout the book, making it even more accessible to the young beginner and more suitable for students taking the individual grades en route to grade 5 without, most crucially, losing All-In-one’s integrated approach.